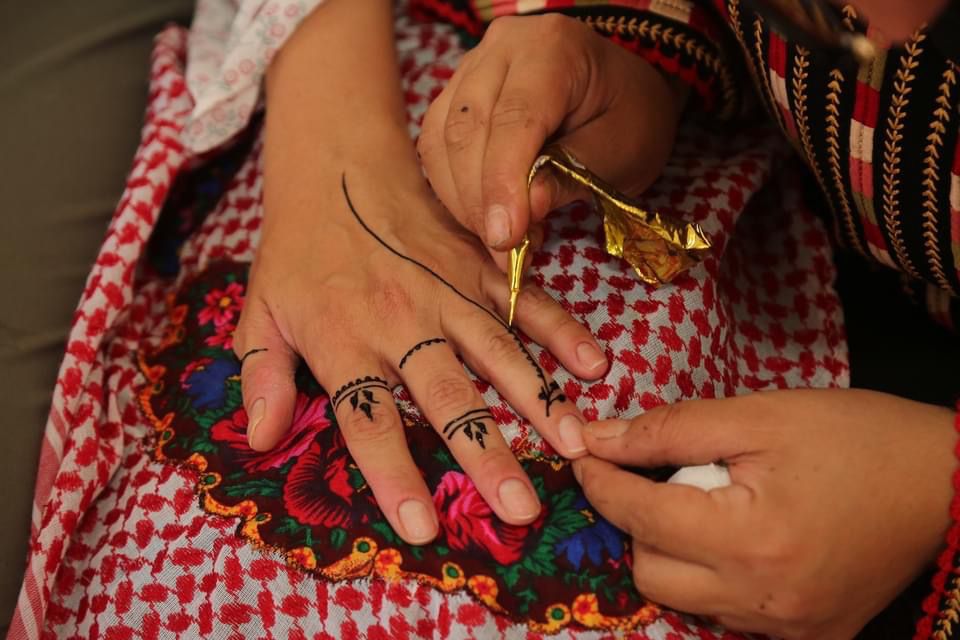 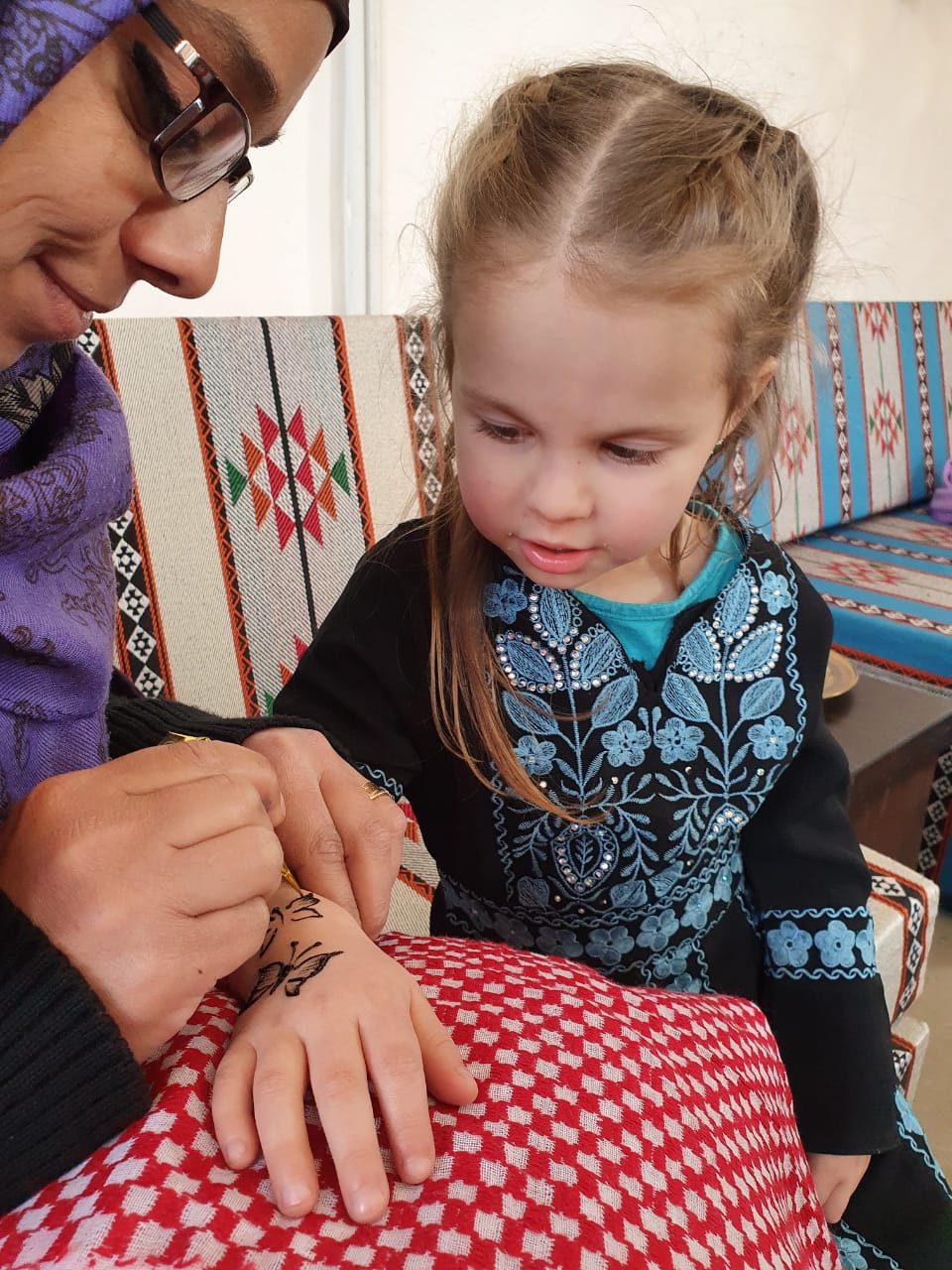 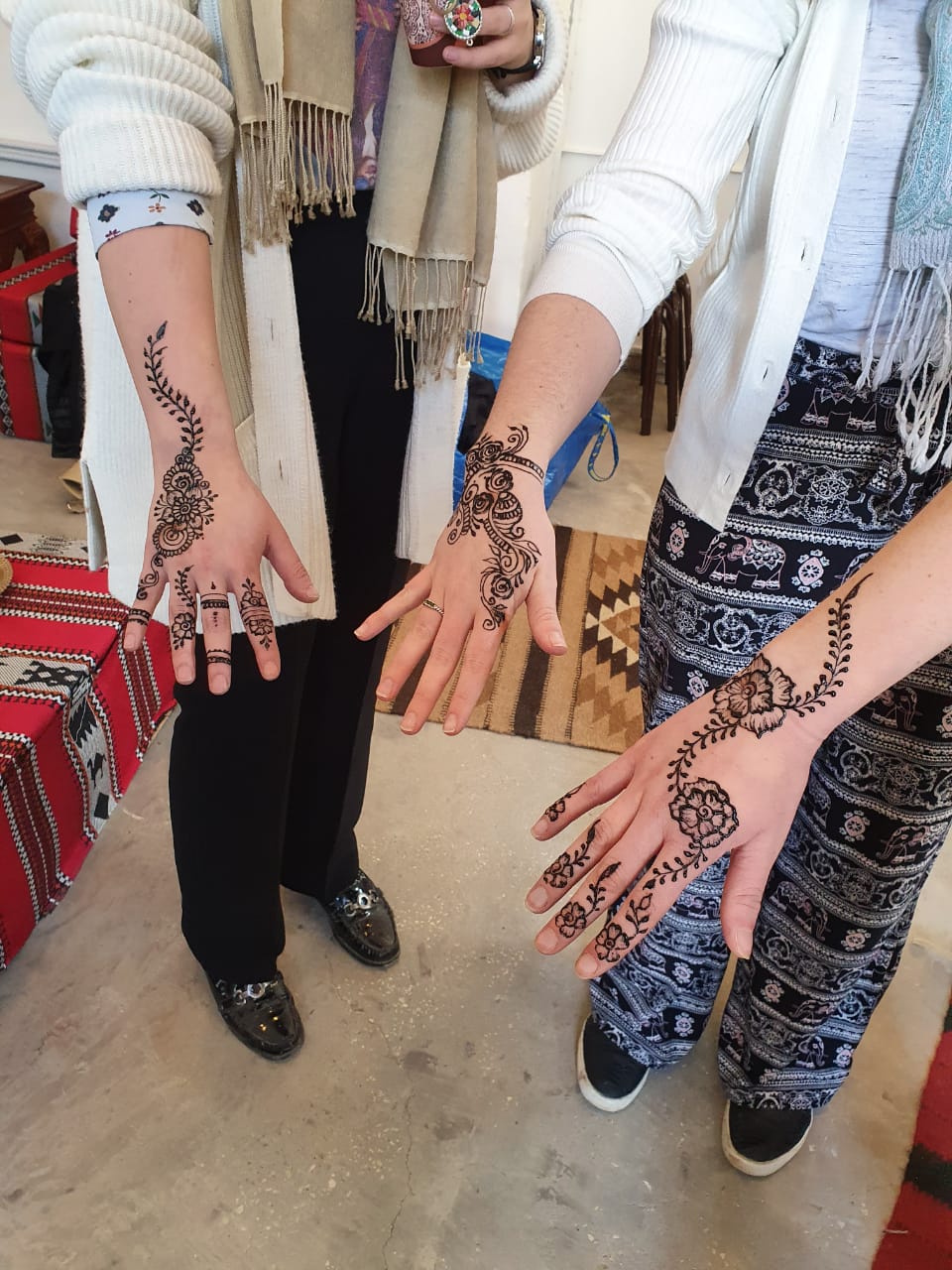 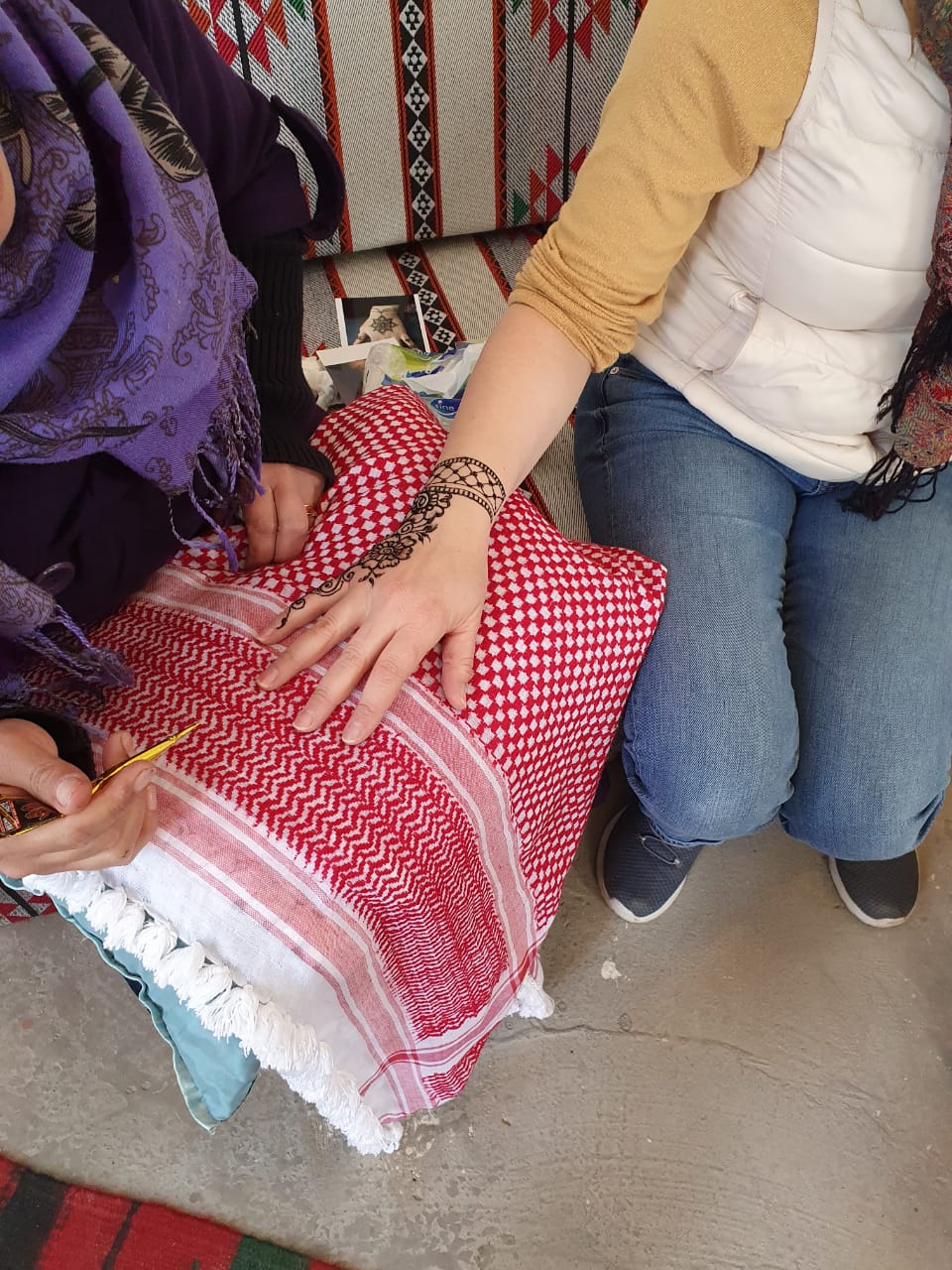 Try Henna drawing by the hand of a Henna artist lady in Madaba. It's a tradition that women dye their hands with Henna paste especially on special occasions like weddings. Share locals their occasions and let a lady artist dye your hand in so many different artistic drawings.

Henna is a dye prepared from the plant Lawsonia inermis, also known as the henna tree, the mignonette tree, and the Egyptian privet,  the sole species of the genus Lawsonia.

Henna can also refer to the temporary body art resulting from the staining of the skin from the dyes. After henna stains reach their peak color, they hold for a few days, then gradually wear off by way of exfoliation, typically within one to three weeks.

Henna has been used since antiquity in ancient Egypt and the Kingdom of Kush to dye skin, hair and fingernails, as well as fabrics including silk, wool and leather. Historically, henna was used in the Indian subcontinent, Afghanistan, Arabian Peninsula, Near and Middle East, Carthage, other parts of North Africa, and the Horn of Africa.

The name "henna" is used in other skin and hair dyes, such as black henna and neutral henna, neither of which is derived from the henna plant.

Henna stains are orange when the paste is first removed, but darken over the following three days to a deep reddish brown due to oxidation. Soles and palms have the thickest layer of skin and so take up the most lawsone, and take it to the greatest depth, so that hands and feet will have the darkest and most long-lasting stains. Some also believe that steaming or warming the henna pattern will darken the stain, either during the time the paste is still on the skin, or after the paste has been removed. It is debatable whether this adds to the color of the end result as well. After the stain reaches its peak color, it holds for a few days, then gradually wears off by way of exfoliation, typically within one to three weeks.

Natural henna pastes containing only henna powder, a liquid (water, lemon juice, etc.) and an essential oil (lavender, cajuput, tea tree etc.) are not "shelf stable," meaning they expire quickly, and cannot be left out on a shelf for over one week without losing their ability to stain the skin.