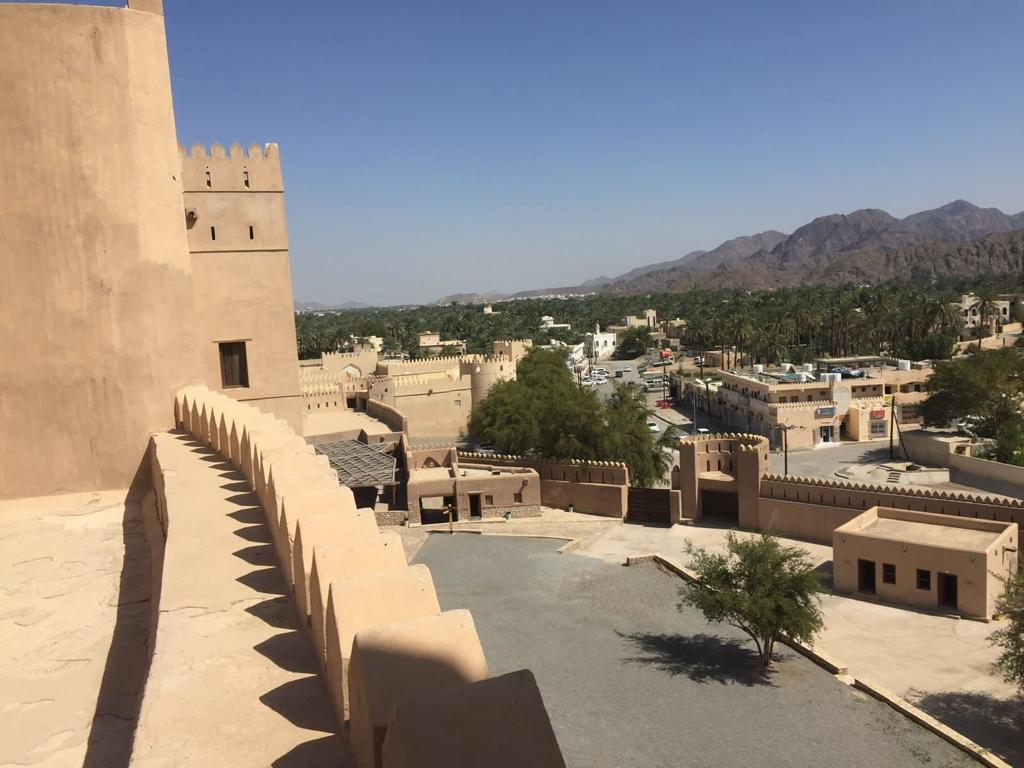 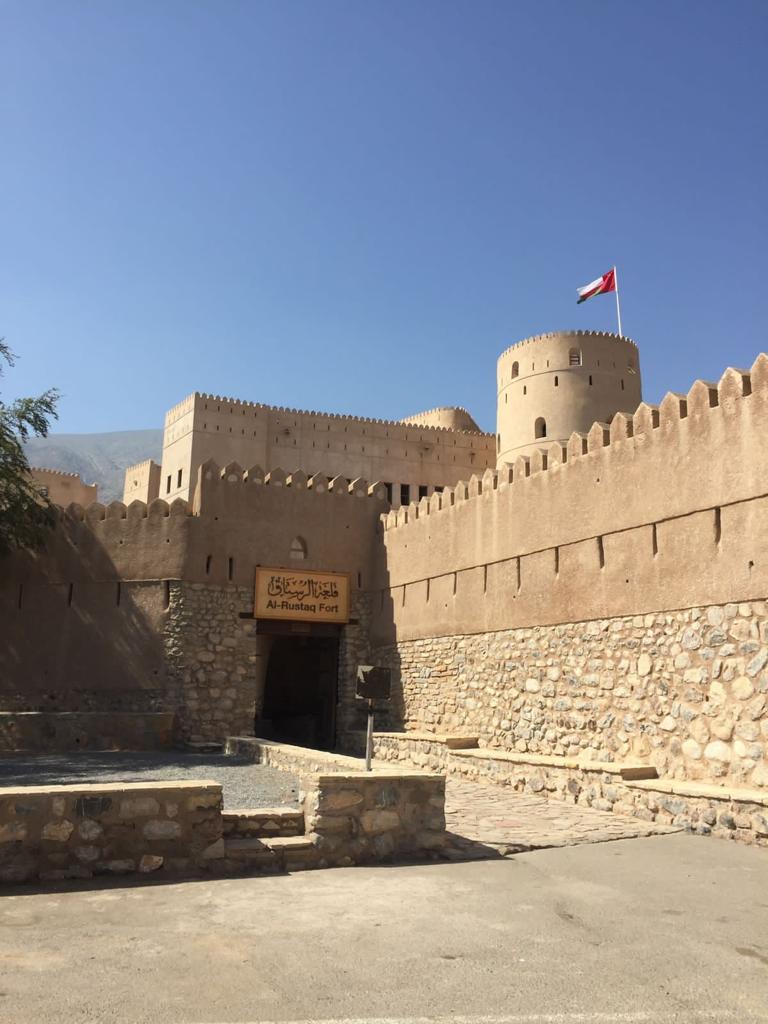 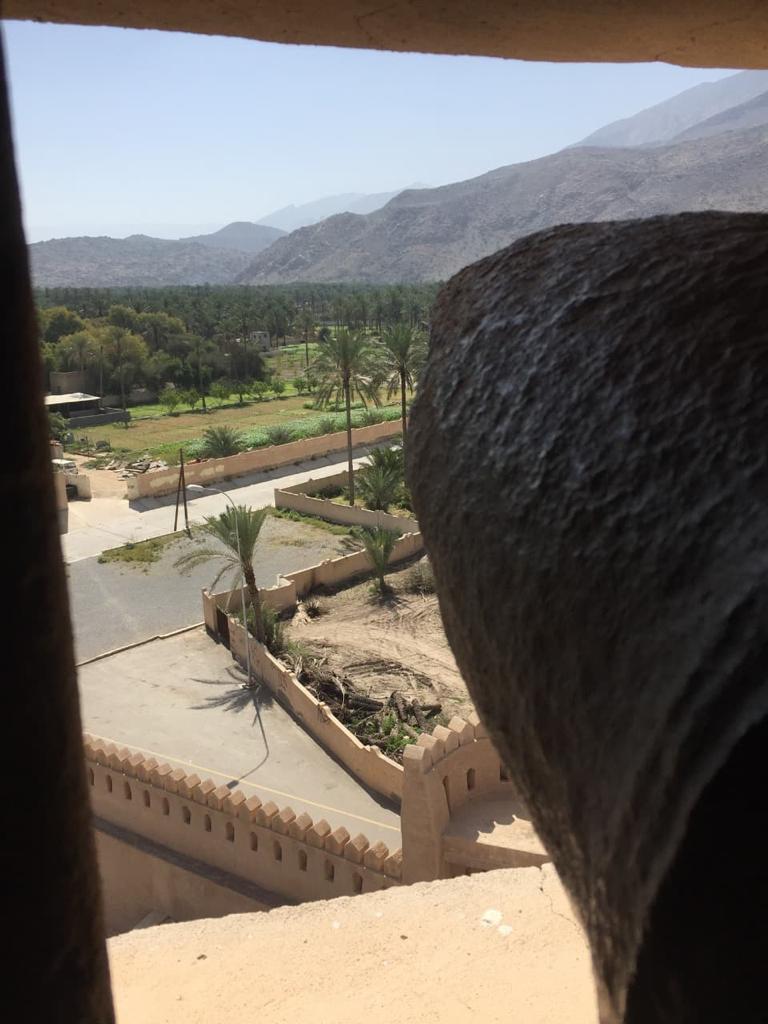 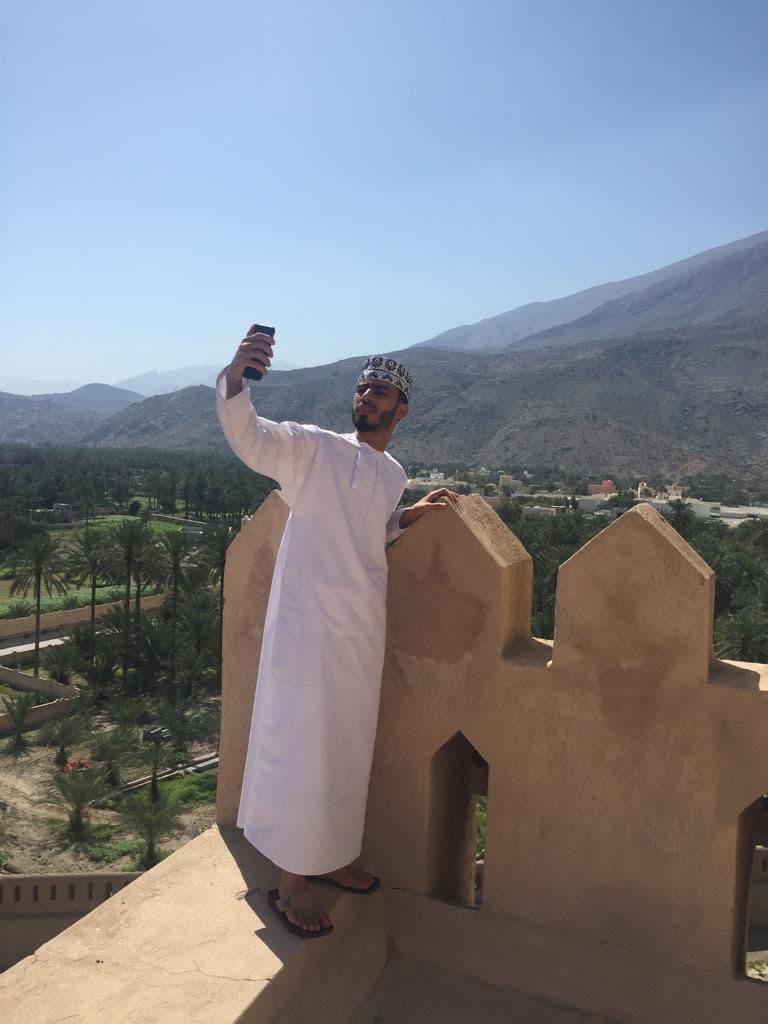 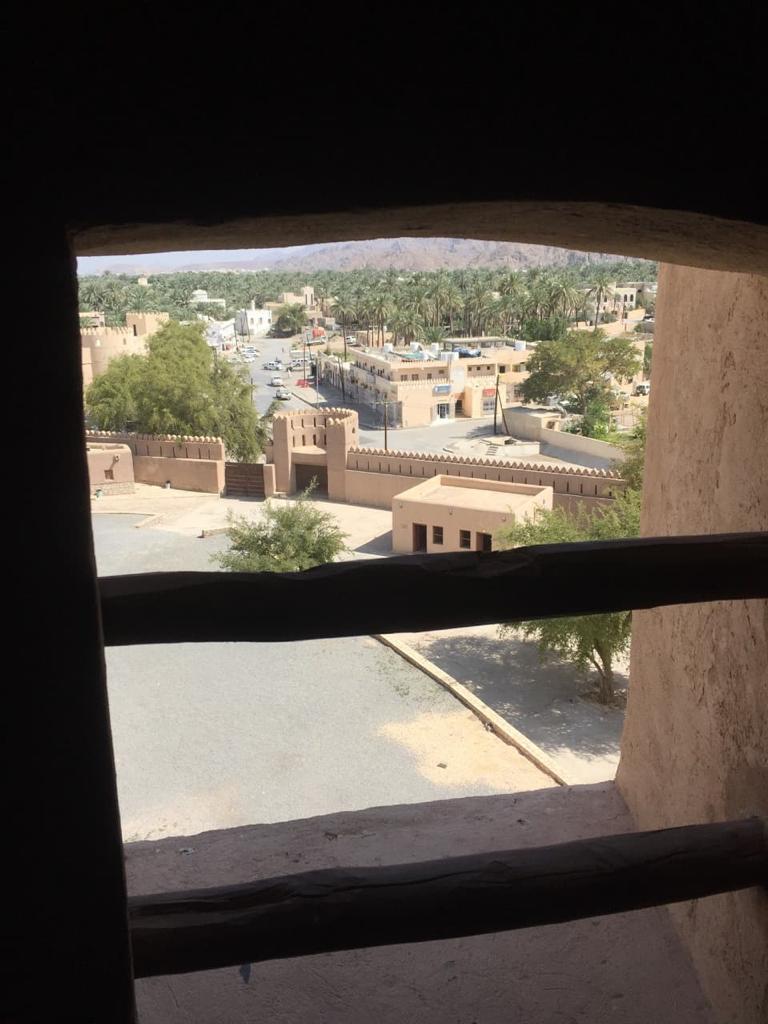 In this tour, you will visit several landmarks such as Al Hazm Fort, located in the town of Al Hazm in the Wilayat of Al Rustaq in the Al Batinah region in the Sultanate of Oman. The great military stronghold in Al Hazm makes maximum use of the traditional Omani defensive features, such as the huge wooden gate, secret escape tunnels, dungeons, towers and cannon slots on the upper floors. , where he made Al Hazm his capital when he moved to it from Rustaq, and there is his tomb in which he was buried, and it was restored by the Ministry in 1416 AH -1996. Columns - and the width of one wall - the wall - is not less than three meters. The fort has several huge doors that do not meet with a single corridor, and it has several Portuguese and Spanish antique cannons with a range of 70 kilometers. It is characterized by the presence of several special stairs for climbing horses, in addition to secret passages, each of which is two meters wide and two meters high. Then go to visit the Al-Rustaq market. This market is located near the castle in the center of the city, and the “Sharjat Al-Taghi” passes under it from the eastern side. It was known as the “Abu Eighth Market,” meaning eight gates, four in the outer sura and four in its inner reed. It was built in the form of a square interspersed with lines of shops. Like the ribs in the middle of a square, and it has two displays, one of which is for animals that are sold by public auction and located to the east at the gate of the sharjah, and the other for the sale of foodstuffs (such as garlic, onions, Omani fruits, etc.) at that time when nothing comes from outside it, and each of the four outer gates has a name. The northern ones are Bab al-Ghasheb, which is the main gate, Bab al-Sharja, which is the eastern gate, and Bab al-Hosn, which is the southern gate, and Bab al-Sayeghy, which is the western gate, in reference to the Falaj al-Sayegh that passes west of this market, and the area to the west of this waterwheel is called (Souk old), which is a locality, not a market. Then go to visit Ain Al Kasfa, which is one of the most prominent tourist sites in the Wilayat of Rustaq in the Sultanate of Oman. The history of Ain al-Kasfah goes back to a very ancient period, when it was subjected to an attempt to bury it by the Abbasid governor Muhammad bin Nour during the Abbasid state, who was known for his attempt to destroy the water springs and aflaj in Oman. Therefore, it was later known to the Omanis as Muhammad bin Bur, where he ordered that wool and thorns be thrown into it and then bury it in the dirt, but after a while the spring emerged from another side, and it is the place that is currently being seen. The old place is located next to the current one. 45 degrees Celsius constant, from which hot water comes out in several streams to water the orchards. Ain Al Kasfa water is famous for being a natural remedy for rheumatic diseases due to its sulfuric nature, as well as a cure for skin diseases. It is located a kilometer from the center of the state.

First of all, We will visit Al Hazm and Al Rustaq forts, which reflect the heritage and tremendous history of the state.

Secondly, we will visit Al Rustaq souq (traditional market) that will give you a wide sight of culture, tradition and customs. You are free to buy a souvenirs and gifts.

Thirdly, we will visit Ayin Al Kasfa (hot spring water) you can relax for a while. The temperature of this water reached 45 degrees celiacs. And Omani people used this water for treatment and relaxing.

I’m so flexible you are free to suggest and I’m your friend before being a guide.